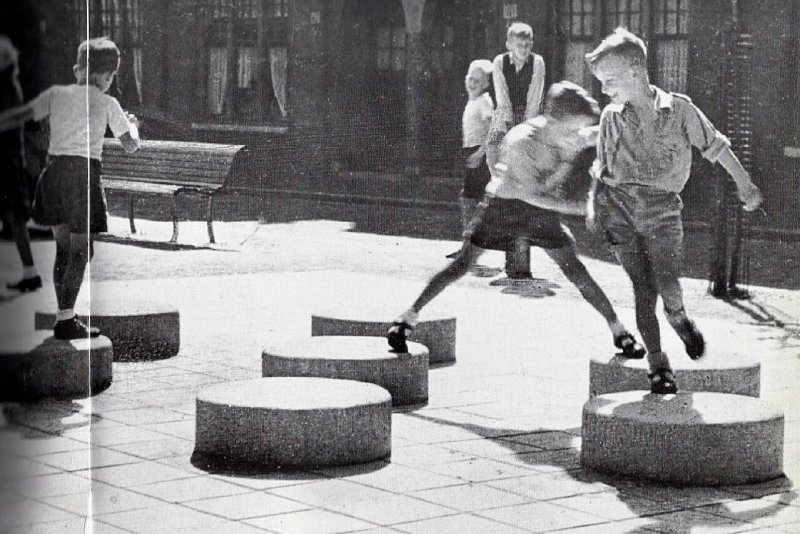 In 1961 Aldo van Eyck won the Sikkens Prize for the second time, this time together with visual artist Joost van Roojen. They received the prize for the Burgerweeshuis (orphanage) of Van Eyck and for the cooperation of both artists in the integration of colour in the built up space: the children’s playground on the Amsterdam Zeedijk.

Architect Aldo van Eyck was awarded the Sikkens Prize in the first
place for his design for the Burgerweeshuis (orphanage) in Amsterdam (1960) and secondly, together with artist Joost van Roojen, for their children’s playground on the Zeedijk in Amsterdam (1958). The orphanage complex used space in an exceptional way, an integration of inside-outside/open-shut, in which the colors string together the individual spaces like a chain to create a spatial cohesion. The playground is a successful example of the integration of colour in space in urban planning. 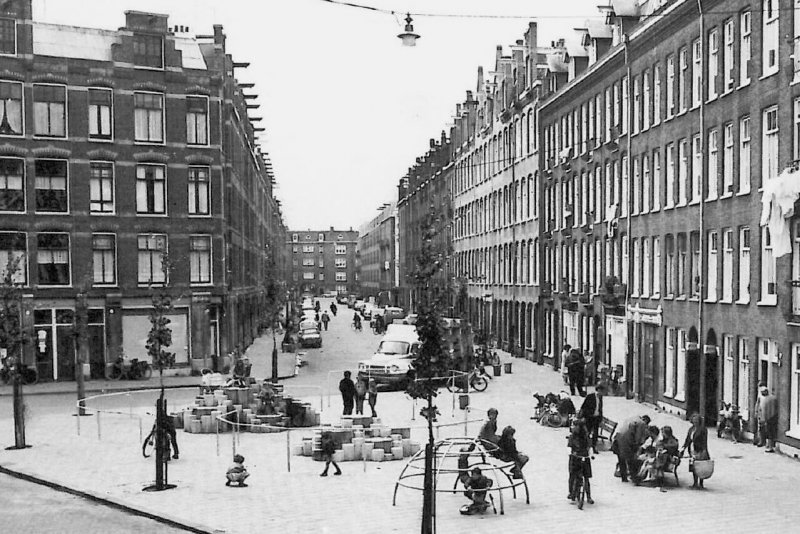 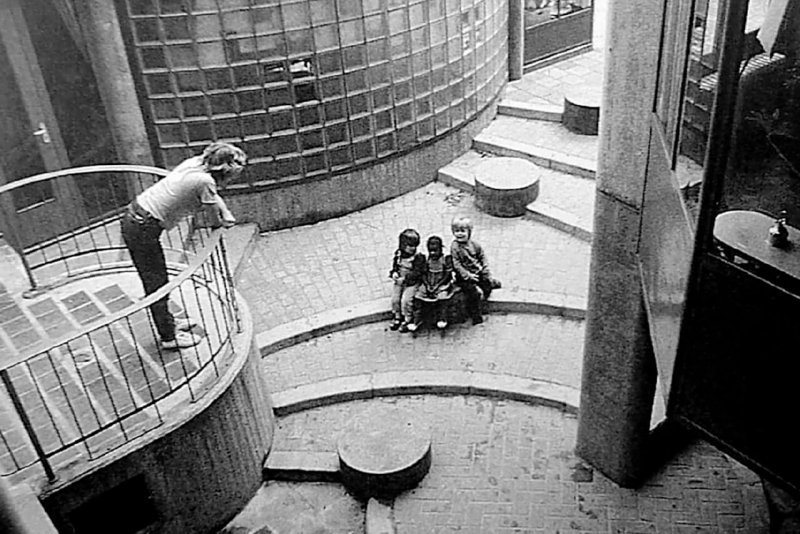 An abstract and geometric composition

Van Roojen, Van Eyck’s brother-in-law, did geometric abstract work related to Liga Nieuw Beelden. On a blind wall around a demolition site where the children’s playground was planned, he did a mural in which the colours increase in intensity from the edges inwards. Van Eyck screened off the open side of the site with a low wall and placed a number of climbing frames there, as well as a circular sandpit. With a few long, low benches and some posts distributed to play leapfrog, the whole thing is an abstract and geometric composition; the perfect synthesis of art and everyday life. Today there are no longer children playing on the Amsterdam Zeedijk. The playground was demolished many years ago. The orphanage is used nowadays as an office building; amongst other organizations, the Berlage Institute has been in this building for many years.