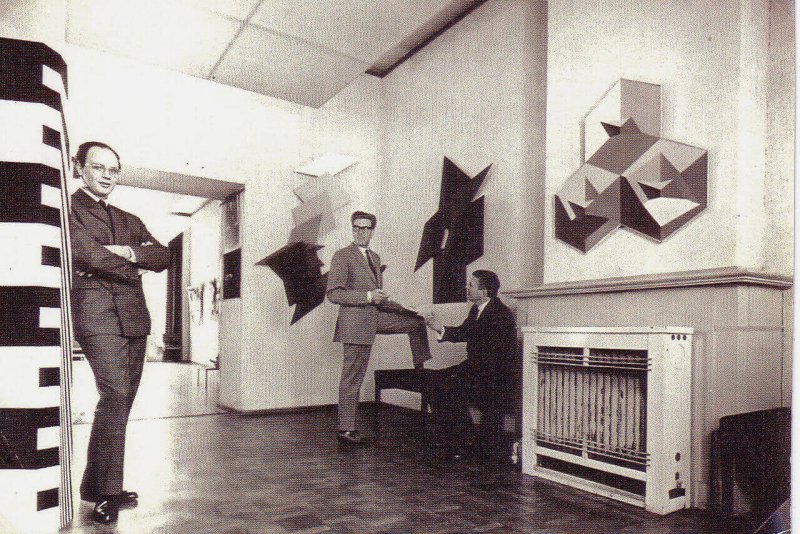 Dutch visual artist Peter Struycken (1939) was awarded the Sikkens Prize for his intensive research, both theoretical and visual, into the laws governing the relationship between form and colour.

Struycken explained that form and colour can be organized in such a way that they are connected to other forms and colours via series that can be visually experienced. The impression of a series of forms or colours develops over time, like the successive images in a film. Every moment in a series is optically and logically related to the moment before and afterwards. There is a direction, a possibility of orientation and interconnection. Series of forms and colours could be applied in architecture, urban planning and road construction.

Form and colour could be interrelated, for example, by matching the least striking colour with the least striking form and the most striking colour with the most striking form, and everything in between. A relationship develops because of the number and the way in which they are positioned. These sorts of series result in diverse expressions such as: static-dynamic, striking-silent, openshut, flat-spatial, mass-surface. Struycken also saw possible applications in this respect, such as giving an identity to the masses and structures in architecture or the arrangement of objects in our everyday environment.

Struycken’s aim was to banish subjectivity, which always plays a role, even in geometric-abstract art. This was explained as follows: when you draw squares and you leave out a line, the squares remain because your mind automatically completes the line that has been left out. The same applies for series of colours. In a series from white to black it is possible to leave out grays, which are then “filled in” by the mind. Peter Struycken concentrated on this law and used this principle in his painting.