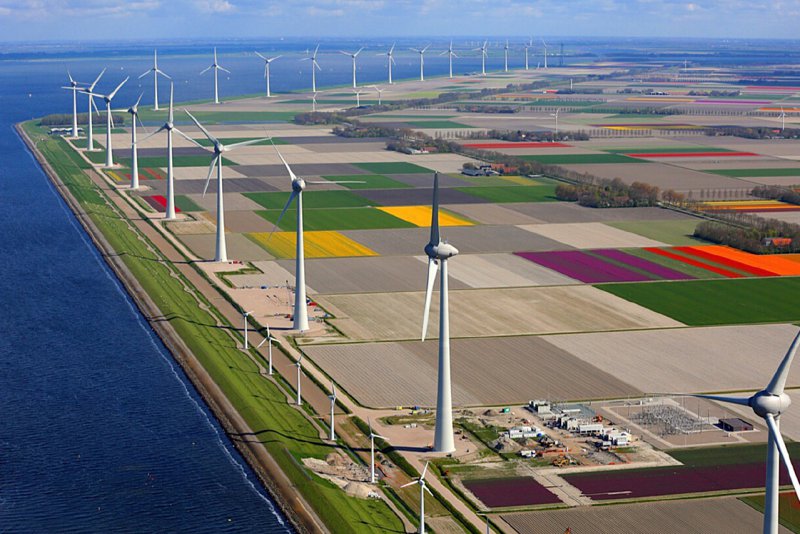 In 1979 the Sikkens Prize was awarded to the Rijksdienst (National Office) for IJsselmeerpolders for the landscape of the IJsselmeer polders, which is characterized by a functional organization that reflects the changes over time and reveals the characteristics of the Dutch landscape (also in color).

The Rijksdienst (National Office) for IJsselmeerpolders (RIJP) was a Dutch government service responsible for developing the new land in the drained polders in the IJsselmeer. The RIJP no longer exists (since 1989) and has become part of the Directie Flevoland van Rijkswaterstaat. 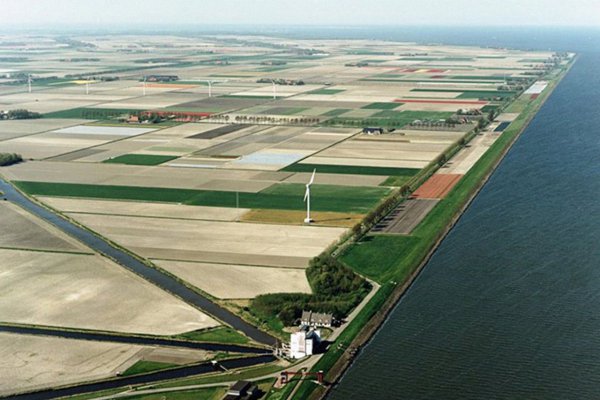 By awarding this prize, the board of directors paid tribute to the organization of the landscape of the Wieringermeer, the Noordoostpolder, and Flevoland. This implicitly entailed a rejection of village and urban development in the polder, which was not considered to correspond to the wide open spaces of this landscape. This was a missed opportunity. In the accompanying publication, which was not published until 1981 and was designed by Jan Van Toorn, the neat and tidy estates, absolutely straight roads and landscaped polder areas are photographed in a balanced way by Pieter Boersma. The aerial photographs made by the Topographical service in Delft show the locations that were photographed and at the same time reveal the rigid patchwork that makes up this area. 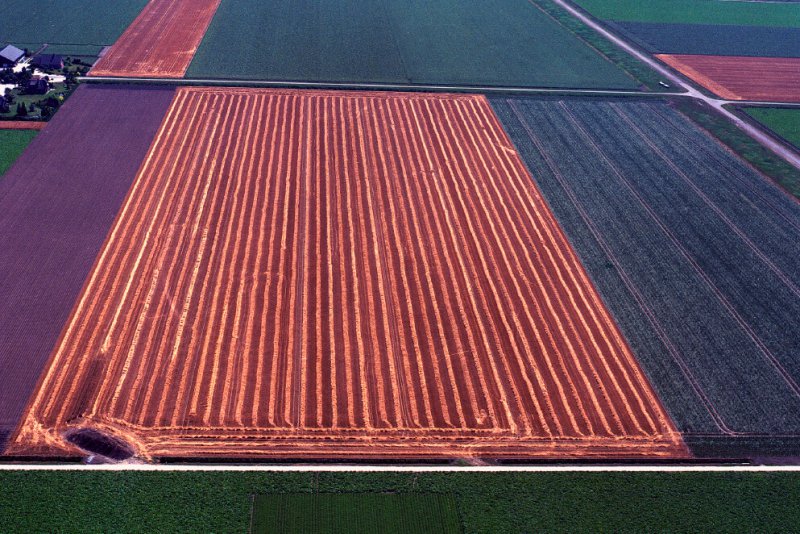 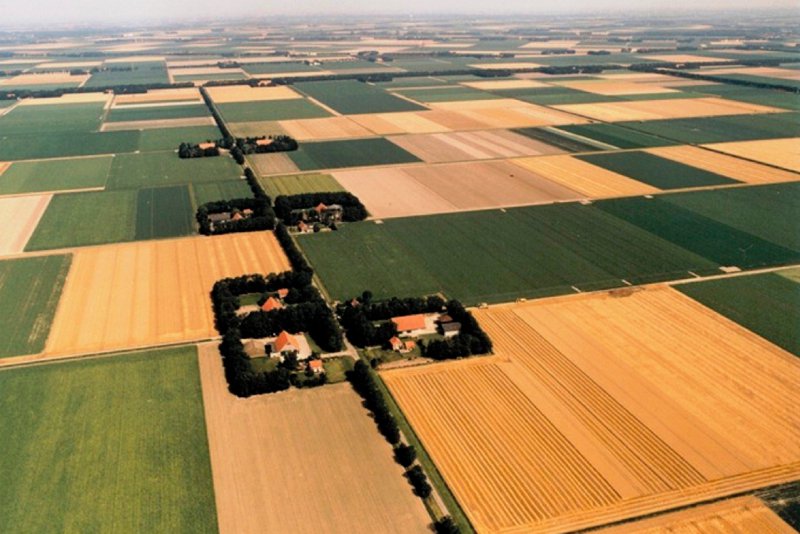