Artist Donald Judd (1928 – 1994) held the 1993 Mondrian Lecture called ‘Some aspects of colour in general and red and black in particular’. 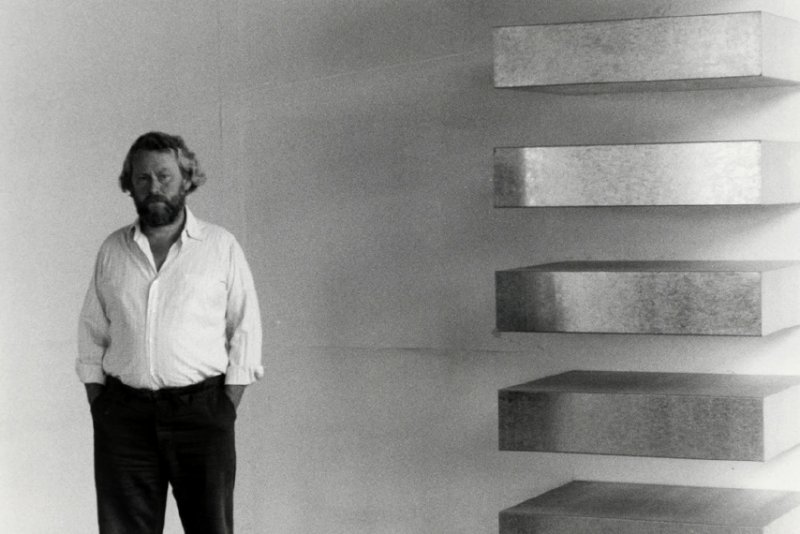 The effect of space in art

Judd did not start his lecture with colour but with space, the effect of space in art and in general. Material, space and colour are the main aspects of the visual arts. Everyone knows that materials can be picked up and sold, but no one sees space and colour. Virtually nothing is or was said about space in the visual arts. The most important and most developed aspect of contemporary art is unknown. A great deal happened with colour; but not with space.

There had only been an interest shown in the spatial aspect in modern art for about thirty years. Most sculpture – with the exception of Giacometti – had been a “stone with complications” up to that time. In the early 1960s Judd started to work with the subject of space and he believed that he developed space as one of the most important aspects of art. Other artists that he mentioned included Oldenburg and Serra.

One of the many destructive assumptions nowadays is that ideas have no fathers. But ideas are thought up by someone. For example, the concept of placing a sculpture on the ground without a plinth was one of Judd’s ideas; it is now very common and no one is aware of this. Another one of his ideas was the concept of the installation, the use of the whole space. Many artists devalue this idea. Once again there is no discussion at all and mediocre works are created. Art historians who are concerned with the past are at least still interested in chronology, those who work with contemporary art are not, and they see art as the subject for their own speculations.

Colour is a phenomenon

The discussion about colour is more extensive than that about space and describes the characteristics of colour in infinite detail. Art has a history of colour. Every other generation, a new idea of colour emerges. However, this is a generation without ideas. Nowadays, both space and colour are commonly ignored. Judd blamed academies of art for not passing enough historical awareness and knowledge to their pupils. This produced poor artists; the integrity of art was constantly declining. In retrospect the expansion of colour up to the 1960s was logical and ended with the paintings of Pollack, Newman, Still and Rothko. The need for colour and above all, the significance of that need, destroyed the more figurative art of painting. The role of colour became more important than it had been for centuries. Colour was an immediate perception, a phenomenon.