Dutch writer Rudy Kousbroek was invited to give the third Mondrian Lecture in 1983. In his lecture ‘Pigments of Imagination’ he discussed the function and reception of colour. 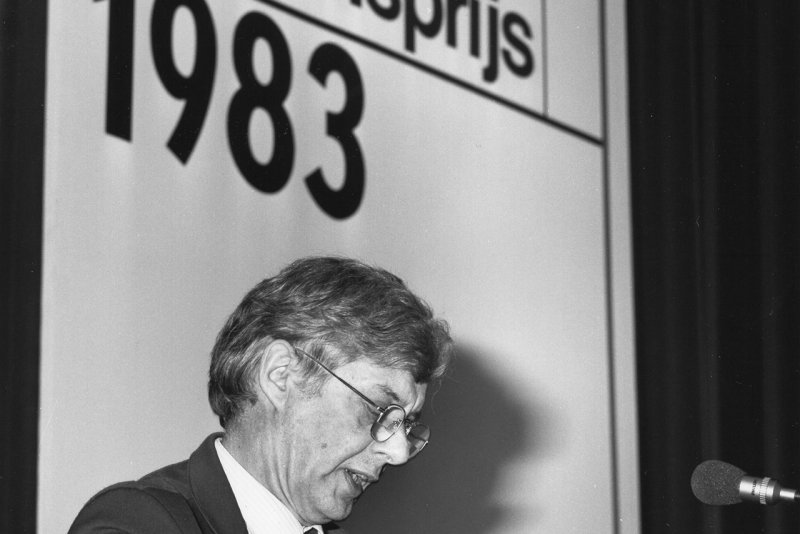 Kousbroek started his lecture with his memories of his first embrace at the age of ten, in the toilets of the swimming pool in Indonesia. When he returned forty years later, everything was still as he remembered it: the doors, the wood, the cement, as though he had been there a quarter of an hour before. The only thing he did not recognize was the light blue colour of the cubicles. The whole incident was etched in his memory in complete detail, and only that one element – the colour – was something he could not remember.

This is a generally known phenomenon, the lack of ability which most people have to remember colour, quite apart from the limited range of words which are available to adequately describe the memory of a colour. Josef Albers, the Bauhaus lecturer who was well known for his colour theory, compared this poor visual memory with the much stronger auditory memory, which enables us, for example, to repeat a melody which we have only heard once or twice.

Kousbroek examined some of the scientific tests for the perception of colour which show that man does not perceive colours so much objectively, but composes them in the brain in a way which can be influenced by all sorts of circumstances and stimuli. The colours we see are the pigments of the imagination. Kousbroek then explored a number of aspects related to colour, such as the purpose of the beautiful shapes and colours of shells or molluscs, which cannot be perceived by the weak eyes of the members of their own species or may even be invisible in the darkness of the deep sea bed, or the fact that for many people dreams do not have a colour, which could be explained by the fact that colours are forgotten first, or the reverse, that colour is added to dreams afterwards. The fact that colour blindness was only described in the 17th century and scientifically examined in the 19th century is another indication that colour is clearly not very important for existence.