In 1989 the Mondrian Lecture ‘A Defence of Utopia’ was given by the then 90-year-old Arthur Müller Lehning, a political activist who founded the international review i 10 in 1927. 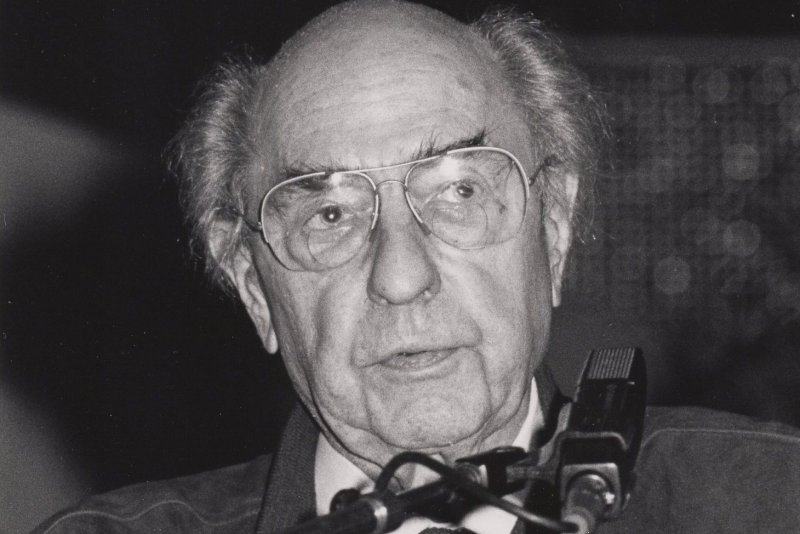 Amongst others, the architects J.J.P. Oud, Rietveld, Van Eesteren, the artists, Mondrian, Kandinsky, Moholy-Nagy and the writers Walter Benjamin and Ernst Bloch contributed to this review – a coming together of artistic disciplines which obviously appealed to the Sikkens Foundation.

Before Müller Lehning gave his lecture, “A Defence of Utopia”, a film portrait of him was shown which was recorded for the VPRO in Berlin in 1982 by Hans Keller. The choice for Arthur Müller Lehning was not unrelated to the dramatic developments in the DDR – the Berlin Wall fell a few days after the Mondrian Lecture.